Movies About Being a Police Officer 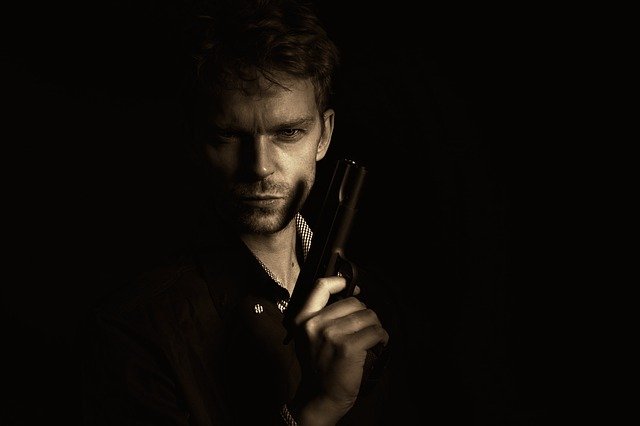 Since the beginning, Hollywood has been giving us great police officer movies, and even up to this day, serves as an inspiration for the younger generation who would like to follow the career of a police officer. So, what are the best films featuring police officers? or Why not ask the police for inspiration?

These films have been famous and giving us Hollywood’s perspective on the law enforcement community. Although several involve the usual gunfights, captures, action movies, and fighting evil guys, they often look at police officers’ more human side and the challenges they’re struggling with in their lives.

Another good thing about these movies is how versatile they can be. Some “police officers” or cop movies are dark, romance & thrill rides, and others are funny at all.

Everybody believes that this is the best movie of all time, the Martin Scorsese masterpiece titled “The Departed”.   The movie takes place in Boston, where cops are forced to go undercover. At about the same time, the group sends one of their own through the police academy to become an inside man of the police force. Leonardo Dicaprio, Mark Wahlberg, Matt Damon, Alec Baldwin, Martin Sheen, and Jack Nicholson all work together to create a perfect casting in this film. Undeniably, it was a great movie.

This is a perfect cop buddy movie which associates Danny Glover, who is on the fast track to retirement and a slightly crazy Mel Gibson.  No one can disregard Danny Glover’s famous line telling Mel Gibson, “I was driving when you were an itch in your daddy’s pants!”  an enforcement officer of Federal Law, Don Mihalek, even commented that, “The original movie is the best one.” They should’ve never produced another one! It’s a nice movie, even though there are a few serious scenes that are deadly.

It may find it hard to get ahead of the image of Robert Stack and his portrayal of Eliot Ness from their brains. The version of Eliot Ness by Kevin Costner was still outstanding of all time, but who can really ignore the role of Sean Connery who played Jimmy Malone, a Chicago policeman. A great advice from Jimmy Malone, officer to Eliot Ness still practicing to every law enforcement officer when Mallone tells him that, “You have just followed the first law enforcement rule: make sure you go home safe when your work is done.”  The lesson ends here. You must love Got Jimmy Malone!

Written in 1971 and it was the first novel by Joseph Wambaugh and the closest thing to real police in a large city. The film, which was turned into a film starring actors Stacy Keach and George C. Scott, showed policemen as even more than two-dimensional boneheads. Scott’s portrayal of veteran cop Andy Kilvinsky and “Kilvinsky’s Law” revealed the impact of a veteran street cop’s rational thinking implementations.

It’s a story about Joe Pistone (an FBI undercover special agent), alias Donnie Brasco, portrayed by Johnny Depp, who has joined the Bonano crime family in New York City. After the coverage, he was purposefully exposed, the FBI reported that Brasco had about 500,000 USD deal for his life. This is an outstanding movie, but as compared to the original novel, there are some creative licenses taken down. The film did, however, contain many intense scenes, such as the brutal Japanese restaurant scene.