What Does a Police Officer do? 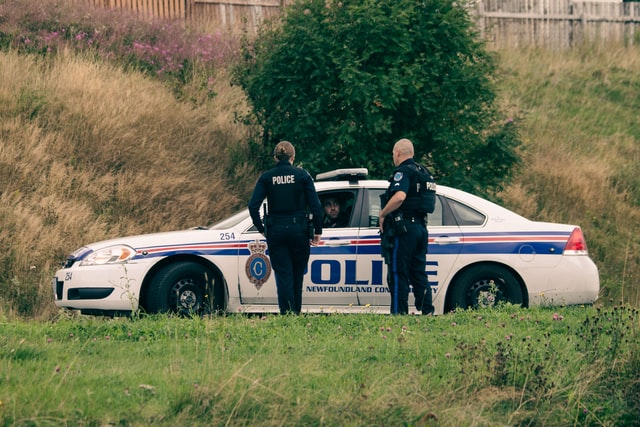 A police officer is called in to defend and protect people in the community. They should arrest and detain individuals suspected of violating the law. They ensure that drivers obey traffic rules, respond to incidents, and monitor areas where crime may happen. They also record any action taken in comprehensive reports.

Maintaining harmony is one of the fundamental needs of community. And that’s the job of a police officer. They work with law enforcement authorities in their country, province, or area, and took an oath to protect and serve the people they represent.

They uphold the rules by arresting criminals, by identifying and stopping crimes. They are typically seen as heroes within their societies because of the dire situations they often face in the service to the public. If you’re someone who hates monotony, this might be a profession for you.

What do they do?

The responsibilities of a police officer depend to a large extent on where they are stationed. In major cities, police are typically given very particular roles or may be assigned to a scam, murder, drug dealing or rape unit. Every unit has a particular mission, and they trained solely for that purpose.
Police officers in rural areas seldom have the ability to specialize in any specific field of law enforcement. Owing to smaller crime rates and a comparatively limited population, police in villages, co-ops and other rural areas take charge of any or all law enforcement duties, from minor traffic offences to child safety or death cases.

The primary responsibility of a police officer is to uphold public order. Patrol officers spend their days on foot, in a motorcycle, or occasionally on horseback, engaging with criminals who violate the rules. There are common traffic offenses that need to be dealt with of course, but police forces are often called in to report robberies or other severe crimes and violations.

They can give a warning or warrant or if the crime is serious, have the power to arrest and detain a suspect. Harmful situations can occur when a criminal carries a knife, takes a hostage, or runs away in an effort to escape arrest. They are qualified to protect themselves as well as other victims. They maintain the streets and communities secure, even though that protection allows them to be in conditions where they will have to put their life at risk.

They are working in a special unit devoted much of their time and work in specific cases. They are trying to collect evidence of drug trafficking, criminal activities, and other illegal activities. They can operate undercover or through an informant. It is sometimes appropriate to merely observe, control, and report the actions of suspected suspects to obtain the requisite information for an indictment. So, the most important information is gathered by the questioning of both suspects and witnesses

Officers must make confident that the proof is correct, valid, and credible before making any arrests. A direct confession is the greatest proof of any wrongdoing, and they are entitled to use strategic tactics, deception, and lies to persuade a suspect to admit.

Police officers devote the vast share of their time preparing notes and maintaining reliable logs before and after their work in the field. In a legal case, the documents they hold are always the only evidence. Any criminals cannot be prosecuted without it, so it is highly necessary for officers to properly and quickly finish their paperwork. In addition, they are also called to appear in court when police officers witness a crime.

Mixed emotions can be brought about when working as a police officer. They hold the force of life and death on their hands, and they are motivated to do anything that would arrest these criminals if they did something illegal to the country. They will regulate traffic, take people against their will and imprison them, and seize property. Although, in order to wield their influence legally and reasonably, they are continually reminded of the restrictions they must operate within. The risk of making a critical mistake can be minimized by good training and experiences, but there is still the possibility of aggressive and lethal confrontations.